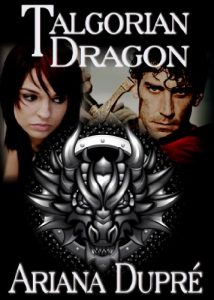 Drakar Holkinverg sniffed the damp night air, tracking the faint aroma that led him farther into the city and away from his sanctuary in the nearby mountains. Snowflakes floated toward the hard ground, and ice crunched beneath his heavy boots. The city lights grew closer as he followed the scent that drew him, called to him, only stopping now and again to inhale, ensuring he was on the right path.

She was near. The light floral fragrance, like roses after a summer rain, filled his senses, deepening in its bouquet with each step.  A tinge of fear and desperation clouded the scent.

Drakar paused high upon a hill at the edge of the forest. Down below, the Magdoli Bridge crossed over the slow moving Cantar River near the outskirts of Karsburg. The town was alive with celebration. Even from this distance, he could hear the thunder of premature fireworks and the shrill squeal of noisemakers. The townspeople’s laughter and loud voices drifted through the night as they celebrated the coming New Year.

He listened intently, focusing on one small sound, until the noise of the city faded away and the rhythm of her heartbeat pulsed through him. He felt it as his own, its quick tempo pounding in an adrenaline rush. He scanned the area until he saw her.

Love surged through him at the sight of her. She’d always held an immense power over him.

She stood alone at the highest point of the bridge in the shadows of dim streetlights, clutching the railing while leaning over the edge, staring into the icy water of the Cantar River. She swayed from side to side, lifted her face to the sky, then looked back into the river. Her energy enveloped him, thrusting forward a desire he thought he’d never feel again.

It had been too long.

Her short black hair, straight and cropped at one length just below her ears, fell forward blocking her face, yet he knew every line, every angle. Wet from the falling snow, her hair glistened a blue black in the glow of the streetlights. A short coat covered the slim body that he knew was underneath. She leaned over the rail.

She was going to jump.

Not on my watch.

Shifting the energy fields around him, he moved to her side in an instant, leaned over the rail, and followed her gaze into the dark depths of the Cantar. “You don’t have to do this.”

She spun toward him, fists drawn.” Get away from me.”

“You’re not taking me back,” she yelled, running a few yards away from him. She threw her foot over the rail and climbed. “I won’t go back!”

Drakar grabbed her waist and pulled her off the railing. She kicked and punched at him.

“Stop, Gwyn! I’m not taking you back. Don’t you recognize me?”

She pushed against him, still struggling to break free, her eyebrows furrowed. Anger radiated from her.

Of course she didn’t recognize him. He’d grown a beard and wore his hair long. You could barely see the tattoo across his forehead and cheek that marked him as Talgorian. He no longer wore the fine robes of an aristocrat but now donned the heavy clothing of a huntsman. He didn’t look anything like the pale, skinny youth he’d been when they fought the Monocaths together. He’d seen her die that day. Her life force had faded as the arrow pierced her heart. Devastated he’d lived in a self-imposed isolation for the past two years, lost in grief after her death.  Wandering from place to place, living off the land, had changed him into a powerful warrior.

Drakar’s heart went out to her even as anger coiled in his gut. He would destroy the Monocaths for making her suffer, for driving her to this point.

“I don’t know you.” She pushed harder against his chest, increasing the distance between them. “Let go of me.”

“Are you sure about that?” He pulled her closer.

“I would remember you.” She stared up at him, her body stiff and stretched as far away from him as she could get within the circle of his arms.

“I’ve changed.” He ran his fingertips along her temple to calm her, losing himself in the depth of her dark eyes. “Let me refresh your memory.”

He crushed his lips against her mouth. She hit his shoulders, struggled to break free but suddenly stilled and parted her lips, allowing him entry. He gripped the back of her neck, deepening the kiss, tasting the sweet elixir of his future mate. Her body melted against him.